Would you have recalled by any chance the afternoon we got drenched in the Maidan?

Remember how hot that summer was? The prickly heat soared to 42 degrees; the city was praying for some rain which didn’t come. It was difficult to breath by day and even more at night, humidity like a thick second skin hung on bodies, a brutal choking armour. Sweat added to the folds of human flesh, refusing to let go. People stopped talking about how better the heat was in Delhi, arid and bearable because of no perspiration. Heat waves sickled lives through the north country.

Shimla sweltered that summer and got itself a surprise entry into the headlines. Tourists were retreating down the singing slopes, sore from being tricked off their money’s worth. People kept talking, how impossible was it that such a thing could happen?

“Highest temperature in sixty years,” Dad exclaimed out statistics from the paper each morning, “Windfall humidity of the century,” an addition to General Knowledge our only consolation in the oppression.

We smiled at the candid shots of crows poking inside dry tap heads; commiserated with polar bears losing their habitat to the ice melt; with the agitated farmer blurting worrisome prospects of the harvest on national TV, waving his hands over chirpy fields of green blades under a piercing crystal sky; inferring aloud the looming price rise, we further commiserated with our asphyxiations.

Air conditioner manufacturers made a kill. And the electricity companies with their inflated bills.

“Only the mad would be outside in this,” I laughed with the machismo of trying out something wild, chasing the bits of orange ice dripping off the stick, bending forward to avoid staining the shirt front, giggling uncontrollably.

You looked aslant without saying a word, busy trying to get as much of your popsicle into your mouth, biting chunks off with your nicotine-yellowed teeth. The cold seeped through and hurt the caries, forcing you to stop and let the discomfort subside. 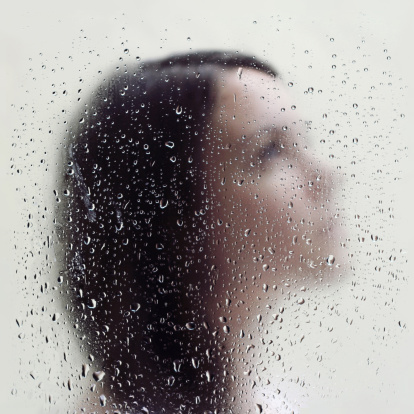 I laughed heartily, triumphant in your defeated purpose.

We were 19 and 24, the age when craziness is attempted, our veins throbbing with the anaesthesia of passion. We thought we couldn’t live without each other. We thought we simply had to see each other’s faces as many days of our lives as we could possibly accommodate in our blueprint of survival, marvelling how we had existed without for these many years, willing ourselves to forget that there was ever such a time, impatient with the heat, jealous of anything that vainly protested to keep us apart.

You had woken the ice cream vendor snoozing in the shade of a bus depot inside Esplanade.

The swift burst of energy when he realized we were indeed what he had long given up hope of drawing, customers, his transformation secretly delighted me.

Even as you woke this man we were unified in our unspoken understanding that an increase in his economy wasn’t a bad bargain over the forty winks we were usurping. As we haggled about the extra rupee per stick he charged over the printed price list it was more for the sake of form. He knew as well as we that we didn’t have the spirit to sustain a fight. The sky was a moody grey, windless, life-sucking.

Clouds had hung over the city for two days and we were waiting it out before they were drawn away towards Bihar. Or Orissa. Or Bangladesh. Or whoever had conspired to keep taking away our monsoon that season.

“Let’s board this tram,” you suddenly decided.

It was going to Behala Tram Depot. No one asked what on earth we would do at Behala. It was understood, somehow. I was too grateful to be drawn into a slow passage out of the heater.

The empty leisurely afternoon tram would take us across the verdant acres of the city and we’d board another one back from the depot.

“Look,” I lashed out my tongue for you to stare, “Mine is deeper.”

Not to be outdone, you wiped yours out too. “No, mine!”

We spent a pleasant time inspecting the merits of each other’s orange orifices till the conductor came over to collect the fare. He wore spectacles, I still remember and a nonchalant expression underneath, used to seeing lovers on frugal escapades I’m sure.

“I’m riding a tram after ages.” I moaned, the loss of a habit a reminder of the childhood left irretrievably behind. We swapped wistful stories, though I can no longer recall exactly which ones.

A breeze picked up as we left the chaos of traffic in Esplanade. The breeze grew cold. Peaceful and pure, like a pressure lifting off our lungs.

“Let’s get off,” you said, as the tram entered the green canopies of the Maidan and a drizzle astonished us.

The horrible congestion of Behala no longer seemed appealing. Enchanted, we got off in front of the Mohunbagan Club House. As the tram lumbered away, the breeze intensified, cool and fragrant with the city’s collective laughter.

A flock of sheep wore the rain out on their fleece. Two herdsmen ran into the shade beside us making a temporary rent in our loving.

“There is no greater lie than sobered lovers,” you whispered, along with jolly expletives of what should be done to such spoilsport intruders. I smiled and plunged into this new game.

To confess: I don’t remember our wedding day as vividly, though I thought it the happiest day of my life then, nor any of the days you lived with me. It’s all a blur, one chaotic, placid, surreal lump that bangs into the sensations of the first seventy-two hours of discovering your dead body and these last five years of blaming, doubting, speculating, weeping, brooding, slowly reclusive silence of never knowing where your complaint lay, in me, in you or us.

You didn’t even leave a note to let me know.

I hadn’t noticed till then that you had walked far apart some time under cover of the silence I was so complacent about.

But I will tell you, I will not even do to you dead what you did to me alive - I have found some one, Siddharth.

It surprised me like the afternoon monsoon caught us in the Maidan. You know how I was brought up on fairy tales and believed love only happens once. But I want to be taken away from the accusing stares and innuendos of those who believe it was me, me who lacked whatever it was that drove you to take your life, me who made it possible in the ignorance of what I should have known.

The heart is a strange organ I have discovered, Siddharth, for I couldn’t stop loving you even in the blinding hate of what you had done, even as I raged and then lost courage to follow your example, in the sleepless nights on our empty bed in our very room, how could you, even as my being lurched at the attention I began to court from another, as I stood in the shower having made love again after ages, lavishly, longingly.

You haven’t gone away, if that’s what you were seeking. Your defeated purpose no longer amuses me.

He is a friend. I need one to tide over the rest of my journey. Forever can be exhaustingly long. He is as unlike you as I could possibly find. He isn’t Bolshevik and understands that some things I won’t ever get over.

Like that afternoon I closed my eyes and shivered next to you, sensing the water trickle down the rolled bottom of my jeans, squelch inside the pumps, your hands in mine, in a perfect shapeless world.

THE TIMES OF INDIA

Observations as an Indian living abroad.

» Content Copyright © 2011 - 2017 Jayeeta Ghorai All rights reserved
» Framework and SEO by Kirti Arts Limited
· This website uses cookies.
· All images used in this website are DRM free. Copyright belongs to the respective photographers and digital artists.